THine Value The Story Behind the Development of a Solution - The Enthusiasm of Engineers toward the “RDK”, an ISP Development Tool - Vol.3

In Vols. 1 and 2 of this series, we introduced anecdotes behind the development of RDK (Reference Design Kit), an innovative ISP development tool, highlighting the unparalleled passion and commitment of those in charge of the project. They traveled across the world from the planning stage to explore ways of developing business involving this unprecedented solution on truly a global scale. In this Vol. 3, the final installment, we will introduce interesting stories about marketing activities for RDK in the words of Mr. Katsumi Kuwayama of the Product Planning Department and Mr. Takahiro Iizuka of the Sales Department.

What would prospective customers expect from RDK? Setting out on a pilgrimage to learn about customer needs. 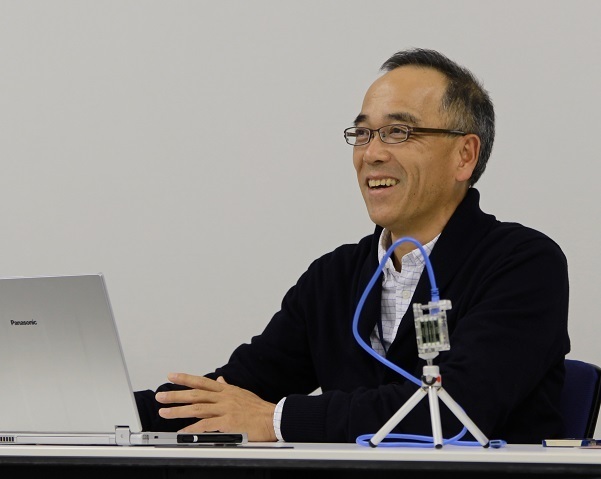 For about a year prior to the release of RDK, Mr. Kuwayama and Mr. Iizuka visited prospective customers in some Asian countries to learn about their needs. Their travels can best be described as a “pilgrimage” because it was literally akin to ascetic practice that required dedication, commitment, and aspiration.

“We asked our partner, Cypress Semiconductor of the US, to introduce companies that might become RDK users. We visited nine companies in four days, in other words, 2-3 companies per day,” said Mr. Kuwayama. “We first went to Shenzhen, then Taiwan, Korea, and then back to China to Beijing and Shanghai. We first explored their reaction with paper machines and then visited them to show prototypes. We visited the Asian countries twice every three months, a total of 12 times.”

The companies they visited were wide ranging in terms of size, including the one that looked like a laboratory rather than a corporation and that was located deep inside a run-down apartment building. Recalling that time, Mr. Kuwayama said, “The Chinese company was far from what would be called sophistication, but people there worked so quickly that they could create a product in no time, and at a very small cost, too, because only a small number of people were involved in the development. When we visited there, its president was working alone at his desk using a soldering iron. I was impressed with the way an authentic made-in-China product is made.”

Few people understood English in China. They had discussions in whatever language they knew, e.g., English, Chinese, and Japanese. 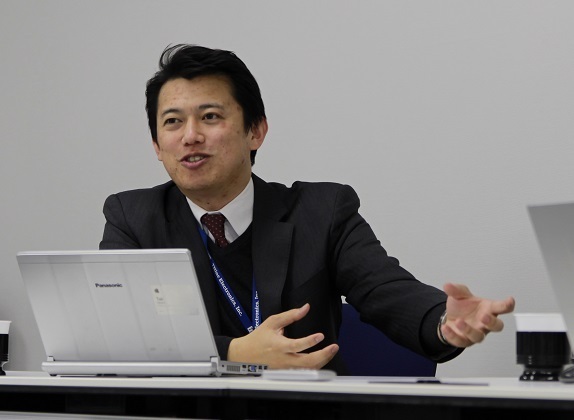 Mr. Iizuka added, “We don’t usually have an interpreter with an exclusive contract. Everyone tried hard to carry communication using the languages that she or he knew. Of course, that sort of communication generated misunderstanding and, at times, developed into rows. It wasn’t an easy situation but, because of that, we had a truly thorough discussion for many hours every time we met.”

They had to decide whether or not to proceed with the development based on the information they obtained through such discussions. But they wasted no time in doing so, having a further discussion at the head office the very next week. Basking in the aftermath of the hot discussion with a prospective customer, they had a meeting with the head office via a TV conference system in the morning of the last day of their business trip, reaching a conclusion, and even decided on steps to take the following week. They said, smiling, “After having the head office agree to continue the development, we made a small toast over beer and nibbles that we bought at an airport. We really loved it.”

In order to make an ISP function, it is necessary to develop firmware for each image sensor that a customer wants to match the ISP. However, the development required detailed interviews with customers in addition to money and time. Salespersons were put off at just a thought of it.

Mr. Kuwayama stressed, “So, if we had had RDK ready, we could have drastically reduced the burden on salespersons and development man-hours. All project members worked long and hard to develop plans. In the end, those at sales subsidiaries overseas came to appreciate that RDK could help them more easily sell ISP and their own products.”

Not only DSC(Digital Still Camera) and document scanner manufacturers, but also companies all over the world that handle products requiring imaging technology were prospective users of RDK.

“We tried to give ‘first-and-final’ answers to questions from prospective customers. For example, we showed our meeting with customers in real time via a TV conference system to our engineers including Mr. Kiri who was in charge of development, or our engineers from the Development Department conducted tests and answered questions on the spot. In this way, I believe we were able to obtain their trust in terms of providing support.”

Their pilgrimage to Asian countries to learn about customer needs was successful in determining that RDK was the essential solution for development of ISP and in generating expectations that RDK would contribute to further increasing customers. The pilgrimage itself was carried out by Mr. Kuwayama and Mr. Iizuka, but their success was supported by the hard work of many engineers in Japan.

THine Electronics is full of “nails that stick up”! Thus, the company is a very comfortable place to work at.

Mr. Kuwayama joined Thine Electronics 16 years ago after working as a semiconductor engineer for 12 years at a leading electric manufacturer. At that time, he was deeply worried about The Congress Dances situation of the semiconductor industry in Japan. 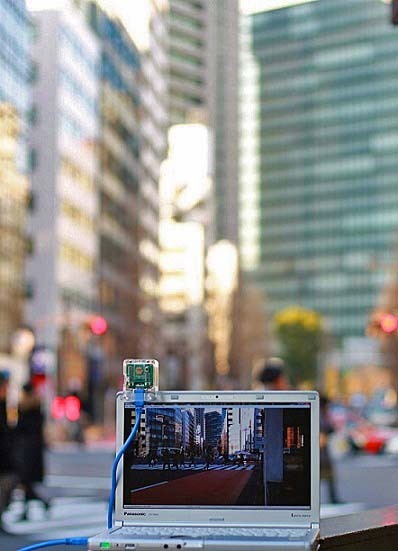 “I had a sense of impending crisis about the future of Japanese semiconductors before I joined THine Electronics, because the employees just took a long time discussing things and weren’t able to produce results in a timely manner. At the leading electric manufacturer where I used to work, the majority of engineers were just happy if they could produce certain results from their research activities although they didn’t contribute to increasing sales at all. But I wasn’t happy at all that way and wondered whether or not I should change jobs. Seeing me like that, one of my indirect bosses encouraged me by saying, ‘If you want to be involved only in research and development, work for me. But if you also want to do business, go to THine.’ I’ve found this company so comfortable that I’ve stayed here for 16 years (smile).”

“There is a saying ‘The nail that sticks up gets hammered down.’ Or ‘It is always the safest to keep your head down.’ But here in THine Electronics, people around you get worried if you don’t stick out. This working environment fits impertinent people in a good sense.”

Mr. Iizuka said, “This project should be described as planning of business models rather than planning of semiconductors. It worked beautifully probably because the project members were more or less trail blazers with a pioneering spirit who considered “how to expand business,” a theme that had actually little to do with their primary mission.”

There are many employees who like to take their own initiative or who have sharp ideas. It is one of the important characteristics of THine Electronics. Mr. Kuwayama happily said, “Honestly speaking, when I joined here, I was determined to go independent after learning certain things at this venture business. But I learned who and what I was within three days (chuckle). I have no such intention at all now. It’s really stimulating to grow together with hot-blooded young people.”

Many employees are venture-business-minded and passionate about business per se. There is no doubt that young staff members who will inherit the lofty aspiration of Mr. Kuwayama and Mr. Iizuka will continue creating innovative solutions like RDK.