THine Value The Story Behind the Development of a Solution - The Enthusiasm of Engineers toward the “RDK”, an ISP Development Tool - Vol.2

The RDK (Reference Design Kit) is an unprecedented solution that enables customers not only to make time-to-market products but also to develop applications that handle high quality images. As our goal was to have the tool available to all manufacturers across the world, we had to bear in mind from the very beginning of its development how to “align” with the world. Mr. Manabu Kiri of the Imaging Group of the Development Department and Mr. Takahiro Iizuka of the International Sales & Managing Department talked about how they developed it.

Engineers’ readiness was tested when working in tandem with global companies 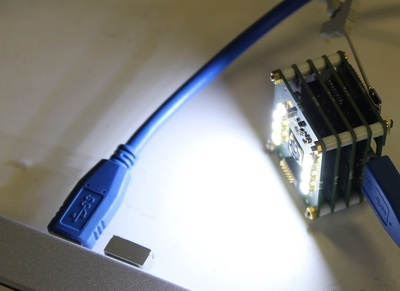 Mr. Kiri was involved in the development of RDK that had a very different position from other products. Its development was a truly global project. THine Electronics and Cypress Semiconductor Corporation of the US and India jointly developed it, and e-con Systems India Private Limited, a design house in India, manufactured the kit.

THine Electronics had to obtain agreement through discussions and negotiations with this large global company that had sales 50 times larger than THine Electronics. In such a very difficult situation, however, Mr. Kiri, who was responsible for the development, didn’t compromise easily. Mr. Iizuka describes his attitude as follows:

“As for this project, we were neither a subcontractor nor an external supplier. We were absolutely equal with other parties. This has often been misunderstood. Even though we believed that we were equal, we could not help but feel hesitant or intimidated once in a while at the meetings. But Mr. Kiri never stepped back. Whenever he felt, as an engineer, that something should be this way or should be done that way, he said so straightforwardly. Well, honestly speaking, I occasionally wanted to say that I didn’t hear that (laugh). However, without such an attitude as his, we would not have been able to obtain such deep trust from the other parties.” 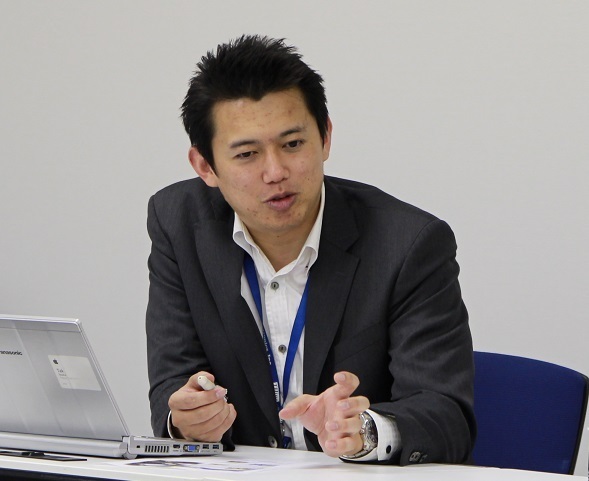 Mr. Kiri joined THine Electronics three years ago from another company. He found THine’s way of doing business—letting the person in charge execute his work, leaving all responsibility to him—attractive. When asked, “How would you introduce THine Electronics to the ‘you of the past’?,” he replied, “I want to tell him that this company gives him the stimulation that he would not be able to find elsewhere and that he would be able to work at the center of the business.”

Inquiries suddenly flooded in from all over the world. “Alignment” invited “alignment.”

Before joining THine Electronics, Mr. Kiri worked as an engineer for a foreign-affiliated set manufacturer. As he accumulated experience in development, he came to feel that he would like to be more deeply involved in a project instead of being assigned to one part of a large project. 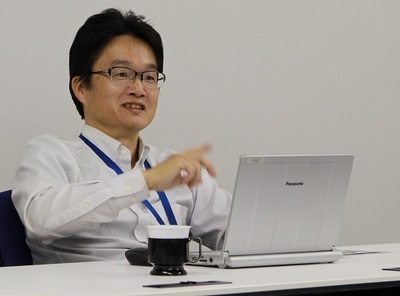 “I came to believe that a company like THine Electronics, which is not very large but focused on technology, would suit me better. In addition, THine Electronics has a vitality that is commonly seen among venture businesses. I also found that attractive.”

When he contacted THine Electronics, he felt that the company had three passions. A passion as a venture business, a passion to take on the challenge of a new project, and a passion to gather high-caliber people. He felt that THine Electronics had enthusiasm to become a company that would create a new market. For this reason, he decided to join it.

The engineer in charge of the development of the RDK at Cypress, the partner company, lived in India. He had to attend weekly meetings over the phone or through a video conference in English, and there were differences in small procedures and processes. These were not easy for him.

“When I’m involved in a global project, I feel the differences in the ways of doing business in Japan and other countries as well as in the backgrounds of business. Japanese regard certain things as a matter of course, but non-Japanese people don’t. Japanese and non-Japanese proceed with development in different ways. I found these differences very stimulating and interesting. I don’t think I could have such challenging experiences in other companies.” 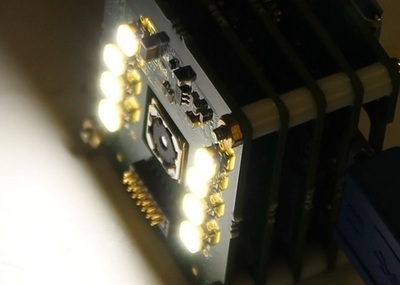 “We’ve been receiving inquiries from all over the world after the announcement of the RDK,” said Mr. Iizuka. “Inquiries about the market for imaging technology have been increasing at an overwhelming pace. This indicates, once again, the high value that this product has.”

The RDK doesn’t work in isolation. This development tool needs to be incorporated into a product. It was developed on the proposition that it would show THine Electronics’ technological strength to product manufacturers across the world in order to develop new markets. Many inquiries from all over the world have proven to be the response to it.

Expectations toward THine Electronics will remain unchanged—that it has an out-of-the-box development attitude. Its engineers, including Mr. Kiri, will bring this attitude to life. “Some projects can be finished internally. But there must be people who find that somewhat limiting or those who crave for different stimulation. THine Electronics provides interesting projects on which you can work in tandem with foreign partners. It’s one solution to such a thirst.”